Saffron is a small flowering plant, a member of the lily family. Saffron production is a very labour intensive process. The flowering part has three delicate crimson stigmas in the centre, which are hand-picked, placed on a riddle, and cured to develop its flavour. Apart from being one of the most precious spices, there are many benefits of saffron, which makes it even more special.

Saffron contains a dark orange, water soluble carotene called crocin, which is responsible for much of saffron’s golden colour. Crocin has been found to trigger apoptosis (programmed cell removal) in a number of different types of human cancer cells, leukemia, ovarian carcinoma, colon adenocarcinoma, and soft tissue sarcoma. Researchers in Mexico who have been studying saffron extract have discovered that saffron and its active components display an ability to inhibit human malignant cells. Not only does the spice inhibit cells that have become cancerous, but it has no such effect on normal cells and actually stimulates their formation and that of lymphocytes (immune cells that help destroy cancer cells).

In Japan, saffron is encapsulated and used in the treatment of Parkinsin’s disease, memory loss and inflammation.Recent studies have also demonstrated that saffron extract, specifically its crocin, is useful in the treatment of age related mental impairment.

Saffron is a stimulant tonic found to be effective in treating of colds and fever; saffron mixed in milk and applied over the forehead quickly relieves cold. 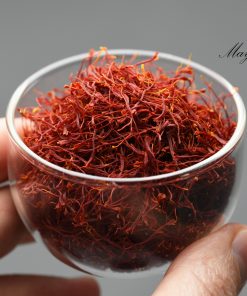